from Truth and Fun by EIGHT TWO 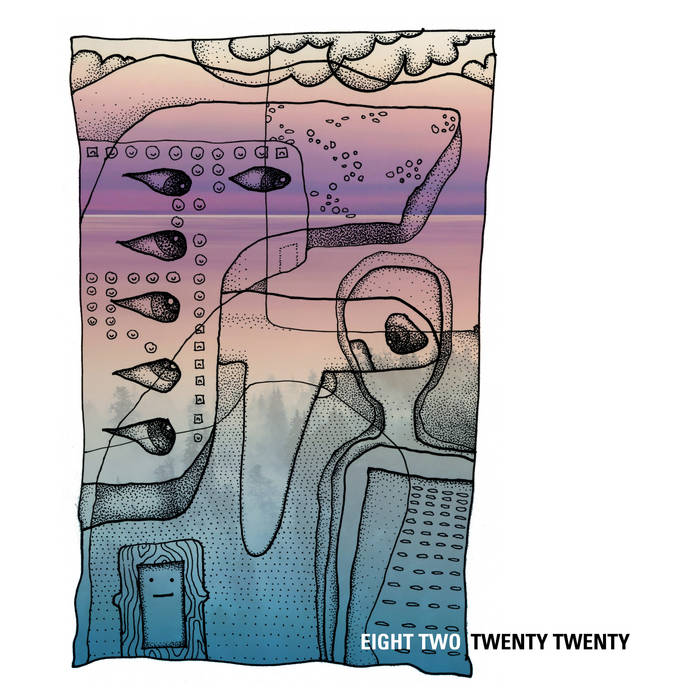 This is the track that I started first when I moved from Brooklyn to Santa Fe, and finished the very last of tracks on this record, in May, 2020. I never thought it was going to be the last in the sequence of tracks on the album because up until a week ago, when it was finally finished, it was such a downer of a song. The optimistic chorus at the end of this track was the final part I wrote and recorded on this album.

I started working on this song from a place of existential frustration and mental anguish, a place of seeing my life as a total failure, of being imprisoned in the hermetically sealed box of boundless low self esteem, low self worth, a sense of painful responsibility for things I cannot control, and gasping for air at the very bottom of my life, where my comfort was the thought that tomorrow could only be better.

I first shared the tracks on this album when Mathew visited. Before that no one but me and Darrell, the mix engineer, had heard them. I played what I now view as a preview of this song, at that time, I thought it was a finished version. It ended abruptly after one of the loud interludes, and did not have the final chorus section. The motion of the track was just a pendulum swinging between aggressive shoegaze walls of sound, and sad, plaintive bargaining with the future. Mathew said that right away during the mournful intro, he predicted and felt the necessity of the heavy guitars before they happened.

The energy of fury in this song represents the fire that has often helped lift me like a heat lantern out of stuckness and depression. This song is my journey from down in the void of despair, running in circles, until my path takes an upward slant from sadness, and makes me fight the hill, building energy, through the vortexes of anger, and finally to the daylight of identifying with my future self, who looks back on my life, and helps me realize how much I love today.

TWENTY TWENTY - from "Truth and Fun" by Eight Two

Morrow will be better,
Than today or yesterday

Sad as today may seem,
Soon we will say

Tomorrow show me how
To love today
As future me

Tomorrow it’s not what
But how you see
Twenty twenty

from Truth and Fun, released July 20, 2020
Lyrics and Music by Misha Bittleston

Mastered by Emily Lazar at The Lodge, NYC
assisted by Chris Allgood