Flute Of The North Wind

from Truth and Fun by EIGHT TWO 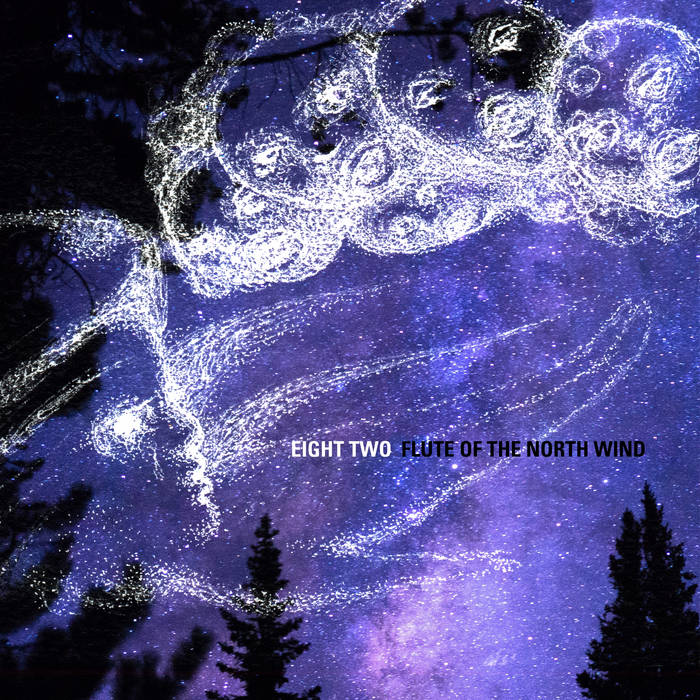 This is an instrumental song about a magic flute player who can summon the north wind. The flute part was improvisations by a friend, while I goaded him on. I built up the other elements like a narrative after editing together the flute recordings. The flute was in between keys so I had to tune everything to it.

Imagine you are at an outdoor concert, the skies darken, and you find your seat in front of the stage in this ancient crumbling amphitheater.

People all around you chatter excitedly as they look to the round wooden stage that is set up in the middle. You can barely see an old rickety piano at the very back of the stage, behind the drums, the pianist is sitting back to back with the drummer, and a motley gaggle of ragged musicians are grouped around the edges of the stage, look up to the sky like they are all in a trance.

Several techs are frantically securing a vast gray brown covering, like a giant sail, that stretches over the stage, from one side of the amphitheater to the other covering the musicians.
Everything about this space is old and ambient. The sky is darkening.

You are here because you have heard that the flute player is capable of natural magic. His name is Lucien (that is the actual flute player’s name on this track) and he is purported to be a kind of modern wizard who can conjure up the wind with the frequencies of his flute playing.

You look away for a second and the flute player is at the front and center of the stage, seconds after he places the flute to his lips a gust of wind grabs the giant sail and shakes it, the audience gasps. -- this is the start of the song.

...The flute player is bringing gusts of wind down onto the audience who are, losing hats, and taken by surprise that this could actually be happening?

[this is an instrumental]

from Truth and Fun, released July 20, 2020
Lyrics and Music by Misha Bittleston

Mastered by Emily Lazar at The Lodge, NYC
assisted by Chris Allgood